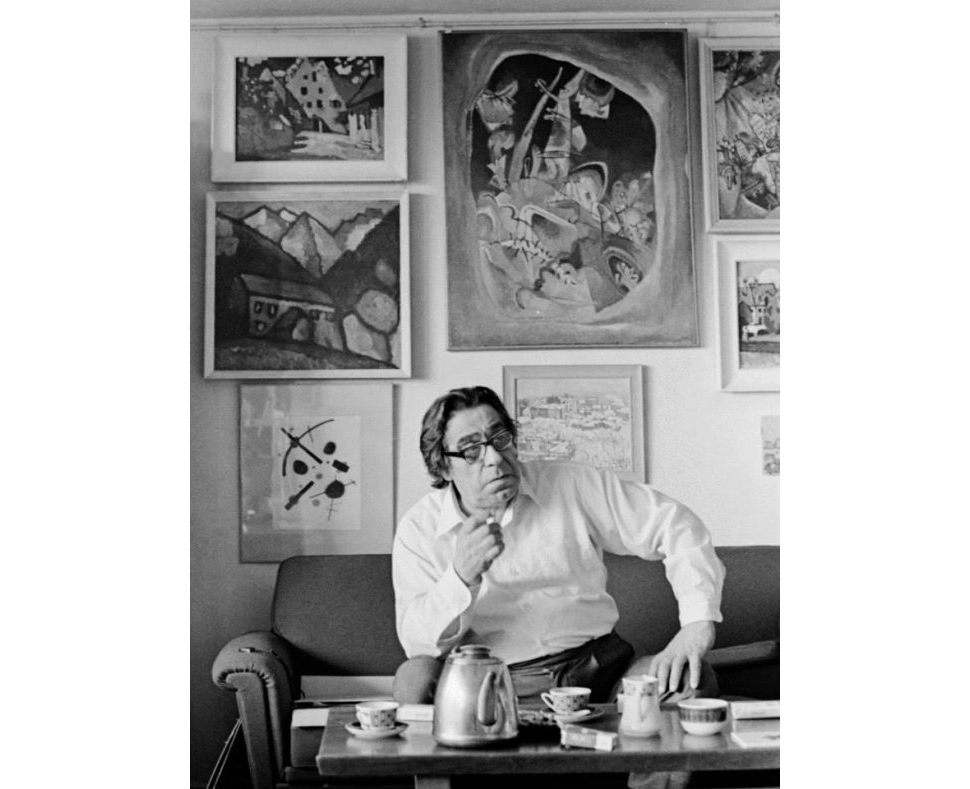 When: from 1950s to 1977
Where: Costakis apartment, Prospekt Vernadskogo, Moscow

George Costakis (Georgii Dionisovich Kostaki, 1912-1990) began collecting Russian avant-garde art in 1946, when he discovered three paintings by Olga Rozanova in a Moscow studio, and was bitten by the collecting bug. He soon added 15th-17th century Russian icons and the work of young “nonconformist” artists, like Anatoly Zverev and Dmitri Krasnopevtsev, to his roster. Employed at the Canadian embassy as an administrative clerk, Costakis hunted for lost works by such artists as Vasily Kandinsky, Kazimir Malevich, Lyubov Popova, Aleksandr Rodchenko, Ivan Puni, and Ivan Kliun anywhere he could find them, among remaining relatives and tucked away in private rooms and studios around the Soviet Union. At a time when modernist art was hidden from view in the storerooms of Soviet museums, Costakis’s private collection, which he displayed on the walls of his home, became Moscow’s unofficial museum of modern art and a meeting place for international art collectors and art lovers visiting the capital. Regular guests to Costakis’s apartment included nonconformist artists Anatoly Zverev (1931-1986), Oskar Rabin (b. 1928), Dmitri Krasnopevtsev (1924-1995), Dmitri Plavinsky (1937-2012), Vladimir Veisberg (1924-1985), and many others. Costakis’s friendship with the younger artists gave them access to the avant-garde legacy, to which many of their own works aspired and responded. Costakis left the Soviet Union for Greece in 1977, leaving a large portion of his collection as a gift to the Russian people to reside at the State Tretyakov Gallery.
(Text by  Yelena Kalinsky) 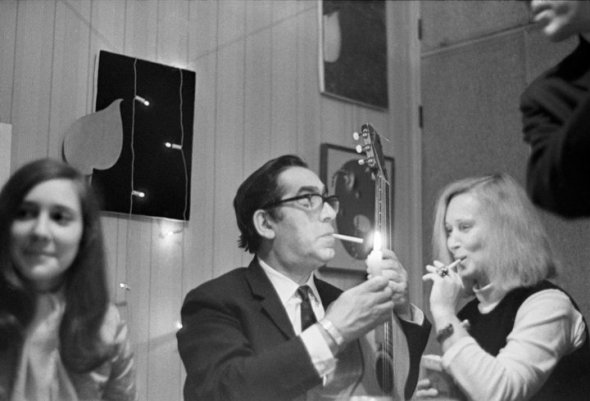 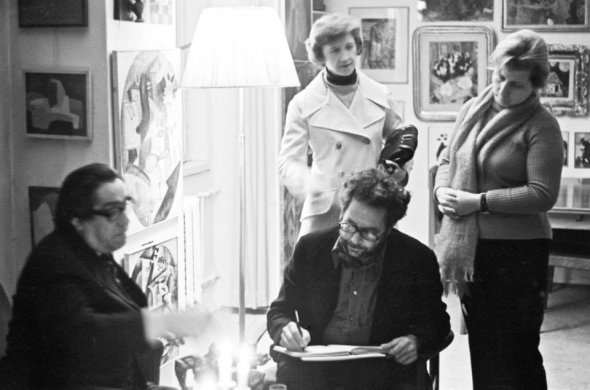