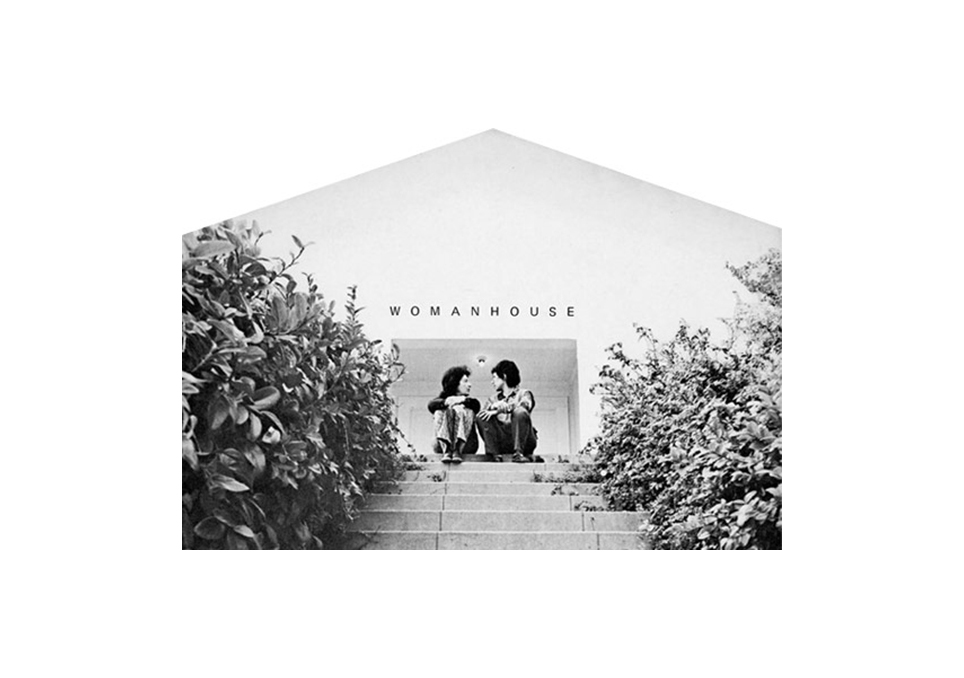 When: January 30 – February 28, 1972 (Only women were allowed to view the exhibition on its first day, after which the exhibition was open to all viewers. During the exhibition’s duration, it received approximately 10,000 visitors)
Where: 533 N. Mariposa Street, Los Angeles, California

Womanhouse began early in the fall of 1971, Paula Harper, art historian in the Feminist Art Program at the California Institute of the Arts, inspired Judy Chicago, Miriam Shapiro by suggesting the idea.

On November 8 1971, 23 women arrived at 533 Mariposa Street armed with mops, brooms, paint, buckets, rollers, sanding equipment and wallpaper.  For two months we scraped walls, replaced windows, built partitions, sanded floors, made furniture, installed lights, and renovated the 75-year old dilapidated structure.  One of the goals of the Program is to teach women to use power equipment, tools and building techniques.  The House provided a natural context for the women to learn these things.

Each of the women, working singly or together, had made rooms or environments:  bedrooms, closets, bathrooms, hallways, gardens.  The age-old female activity of homemaking was taken to fantasy proportions. Womanhouse became the repository of the daydreams women have as they wash, bake, cook, sew, clean and iron their lives away.

The 17-room, 75-year-old dilapidated mansion at 533 N. Mariposa St. was in a rundown section of Hollywood. After a visit to the Hall of Records, the Womanhouse group found the owner to be Amanda Psalter. The house was granted through a special lease agreement for the 3-month duration of the project. After this time, it would be demolished. Construction spanned from November 1971 to January 1972. 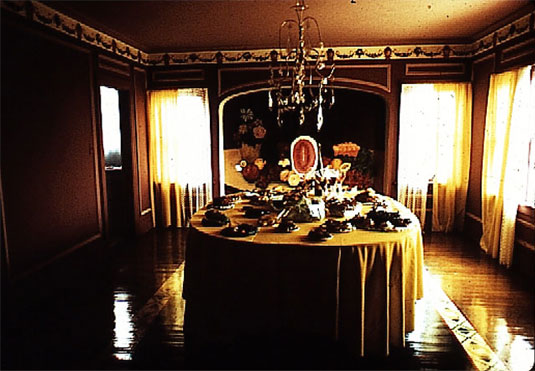 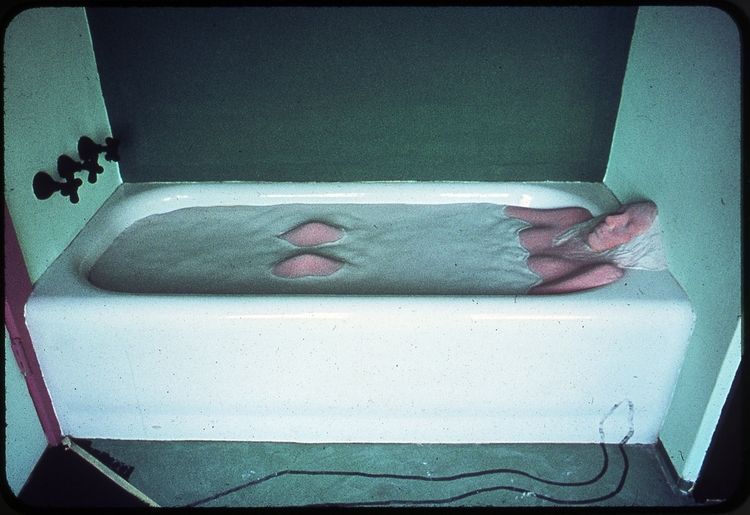 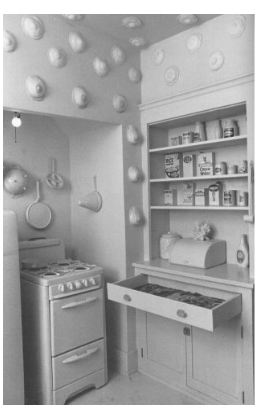